Bert Bruyneel is the founder of Asta Morris, a Belgian independent bottler. Bert started his career as the fifth generation in his family business in the meat processing industry.

After being a teetotaler for the first 19 years of his life, a friend/bartender poured him a Jack Daniels single barrel back in 1994, lightning struck. Bert’s interest in whisky became a hobby, and a hobby became a passion. Bert was co-founder of the Wee Dram Whisky Society in Belgium in 1999, together with the bartender who poured this Jack Daniels 5 years earlier. His dedication to whisky was widely recognized, and after having written some contributions for the Malt Maniacs site, he became a Malt Maniac in 2006.

In 2009, after being encouraged from two friends, Bert founded Asta Morris. Initially, the only activities were writing columns and articles for various whisky magazines and hosting tastings for 2 well known Belgian importers of spirits. Only in the second year, Asta Morris presented its first bottling, a Glenlivet 1977/2010, followed by official bottlings of Benriach 1978 and 1975 ‘for Asta Morris’.  In this series a 1977, 1979 and 1983 would follow. This was only thanks to an old personal friendship with Billy Walker that started just when Billy had taken over BenRiach.

Bert said goodbye to the Malt Maniacs in 2011 because of getting professionally involved in whisky. Eversince, Asta Morris keeps on looking for new projects: after friends said that gin would be too difficult, he developed a product in less than a year: NOG! (No Ordinary Gin!), a gin that is matured on ex-Asta Morris whisky casks. There was the start with rum (Maman Brigitte, the Tipsy Turtle, and flagship Rasta Morris), and now also going for French spirits such as cognac, Armagnac and calvados under the name ‘Asta Maurice’ … we keep walking 😉. 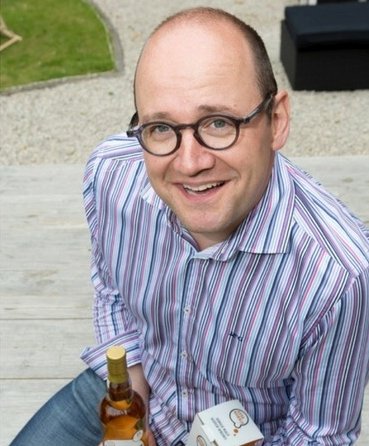